Edition: November 04, 2009Rock-n-Roll Exhibition: MARLOWE BANDEMAir Guitar.Sex.Drugs.Rock N' Roll:: Playlist, notes, and photos, written and handpicked by Marlowe Himself :: ...For me, Rock n' Roll is not so much a phenomenon about sex and illicit substances; its always been more about the frequent playing of an air guitar dancing, heartrending, and pretending the larger-than-life strumming, plucking and picking motions of an imaginary rock-style electric guitar.... ...Yet again, for me, the fanciful mental image to sex someone up and occasional experimenting of drugs is more a reality of (my) daily life... For the burden of a good earth, here we go...
Facebook
Twitter
WhatsApp
Email
Print

:: Playlist, notes, and photos, written and handpicked by Marlowe Himself :: …For me, Rock n’ Roll is not so much a phenomenon about sex and illicit
substances; its always been more about the frequent playing of an air guitar –
dancing, heartrending, and pretending the larger-than-life strumming, plucking
and picking motions of an imaginary rock-style electric guitar….

...Yet again, for me, the fanciful mental image to sex someone up and
occasional experimenting of drugs is more a reality of (my) daily life…

For the burden of a good earth, here we go… 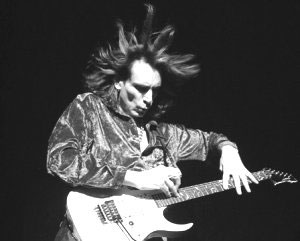 1. There’s A Fire In The House – Steve Vai
Vai truly embodies what I call ” a virtuoso of anything with strings.” I mean he has really come along way from the boy who visited Joe “Satch” Satriani with a pack of strings on his left hand and a guitar on his right hand; saying “when I grow up, I wanna be a famous rock n roll guitar player…”
Album/Year Released: Fire Garden (2006)

2. Middle Man – Living Colour
Vernon Reid, guitarist of unnerving-unconventional “funky-chunky” rhythms and vigorous italic sounding melodies is the mastermind of this New York based band. Their debut album Vivid really augmented the band’s personal quintessence to the themes of political marginality and darker yet sublime subculture of rock in black communities. Living Colour is truly the pioneers of black-funk-metal.
Vivid (1988) 3. Cupid’s Dead – Extreme
I praise this album dearly. By far, it’s the band’s most ambitious album and also the best. The concept of interchanging yet interrelated sections of the album: You-Mine-The Truth makes you set repeat on the dial. It’s a journey about denial, anger, pacification, sorrow, and enlightenment at once. Soak yourself wet into the never-ending funk-metal guitar riffs!
III Sides To Every Story (1992) 4. Fire It Up – T-Ride
Another hard to find record, “T-Ride” is a concoction of wild, bemusedly expressive, complex, and mentally deranged angelic screams, atmospheric backing vocals, and “out of this world” instrumentation. Jeff Tyson, the “finger zinger” on guitar used to learn and jam with Joe Satriani, while imagining about his sister being held hostage by the Mob, to which would take pleasure killing his loved one -if he ever misses a note. Fret Righteously or Die!
T-Ride (1992) 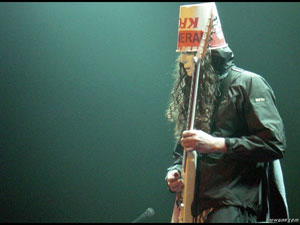 5. Crash Victim/Black Science Navigator – Praxis
I bumped into this record, while searching materials about Buckethead – the weird/eccentric/multi-talented six-string wizard. Seriously, I can only imagine what’s buzzing in his brain under that “KFC-Funeral” bucket he frequently puts on. Interlocking such beautiful strangeness to the prolificacy of Bill Laswell, then Praxis emerges as permutations of somewhat dramatic and ever complementary.
Transmutation [Mutatis Mutandis] (1992) 6. Nineteen – Bad 4 Good
Under the mentorship of Steve Vai, you’d expect bigger things from these youngsters in the years to come after the release of this Refugee album. But it seems the heavy metallic sounds, long shiny hair, and bangin’ good times is too much to handle for this quartet of good promising young musicians. It turned out to be good gone sour; too bad.
Refugee (1992) 7. Kong Foo Sing – Regurgitator
Regurgitator is a jukebox blasting out intelligent and explicit hard rockin’ and electronica sequencing, home-brewed in Brisbane, Australia. Full of zest, the band is notorious for putting up a show; blending animation, visuals, and kinetic stage presence worth gorging ourselves into. Really, their awesome: sing, sing, sing the Kong Foo Sing “ancient wisdom in a crunchy treat – the place where the faith and the flavour meet.”
Tu-Plang (1996)

8. Freedom Exists (Acapella) – Jim Morrison & The Doors
Released couple of years after the fall and demise of Jim Morrison, a record as backing tracks to Jim’s psychedelic story telling, poetry and spoken words. A lifelong legacy of a legend!
An American Prayer (1978) 9. Suram Wajah Negeri – Navicula
Bali’s Green Grunge Gentlemen at their best! A tenacious domestic legend, highly spirited to the art form in a country full of agony. This song is raw, aggressive, distorted, rattling and shaking in all the right places. Go do the frantic moshing!
Alkemis (2005) 10. White Rabbit – The Vincent Black Shadow
From the net release Head in a Box EP, by far the best rendition of Jefferson Airplane’s smashing hit from the 1967 Surrealistic album. TVBS lives by the code “If you want something done right, you gotta do it yourself”. Sounds familiar, don’t you think? So, grab your instrument of choice, start a band, front a singer as awesome as Cassandra Ford (if you’re lucky enough), roll an internet label, go out, and play. As TVBS say “not necessarily to win, but
mainly to keep from losing completely.”
Head in a Box (2008) 12. Black Widow – Kyuss
An influential American stoner-rock band, Kyuss is the heavyweight champions of heavy-fuzzy flangey-mid-tempo sounds. Although already disbanded, the personal musical influences are present elsewhere in the respective new formations such as Fu Manchu and Queens of the Stone Age.
Wretch (1991) 13. Schizophrenia – Sonic Youth
Genius of the unorthodox, Sonic Youth’s experimentation in sound is equal to none, they are the masters of turning noise to art vice versa. Sister is analogously warm, haunting and poetically justified; “Jesus really had a twin who knew nothing about sin … ”
Sister (1987) 14. SEX – Frank Zappa
An adroit being, Zappa masters diverse art forms. A prodigious composer/musician, Zappa truly shines in enduring the trial and tribulations of (his) life, to which compounds his prolificacy and determined productiveness tenfold as a megastar of undisputed bluntness. Surely, there is a glimpse of Zappa in every great composer/musician.
The Man From Utopia (1983)

18. Release – Timo Maas
This album holds Maas under a somewhat eerie scrutiny, as the album os slightly odd to his previous “maases” of stellar remixes. Overall, it’s a snapshot of astoundingly well crafted vibes and collaborations. While not necessarily floor-fillers, it surely crates a healthy dose of brisk and edgy tech-house tracks. Perfect for a 3 AM cruise-craving for munchies.
Pictures (2005) 20. Frantic – Bullyrag
From the seminal work on jungle-ragga-rap-metal, Songs Of Praise. A fantastic eclectic album, expertly blending the temperateness of laid-back and heaviness as one big pot of hysterical radiating joy. I guess there is something wrong with the industry, cause this band isn’t receiving much praise as they should be.
Songs Of Praise (1998)

21. Song To Say Goodbye – Placebo
A shadow came up to me and softly said, “Save yourself to save one’s son and one’s father.”
Watch the video here
Meds (2006)

22. Friends Of P. – The Rentals
Matt Sharp, ex-Weezer bassist fronts The Rentals. This is a trivial song: what’s this thing about P.? Some say it’s a lovely little musical ditty to Paulina Porizkova, Ric Ocasek’s (Producer of Weezer’s Blue Album). Also there is reference about having two love ones (maybe Weezer and the Rentals or who knows what), about his short-lived 15 minutes of fame in the 90’s and the possibility of royalty payments as in “Somebody’s fame and fortune is gonna come to me early.”
…See, songs about personal experiences are the best!
Return Of The Rentals (1995) 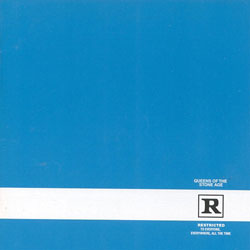 24. Monsters in The Parasol – Queens of the Stone Age
Came to life after the parting ways of Kyuss. The rocking riffs are unyielding as prehistoric megaliths, pounding your senses with naked emotions. Its surely is tough enough for boys and lovable for girls at once.
Rated R (2000)

28. Some Velvet Morning – Primal Scream
I still can’t get over the sight of Kate Moss in the video clip. Love or loathe her I guess…
Dirty Hits (2003) 29. You Got Yr. Cherry Bomb – Spoon
The Cherry Bomb I know is rather an aphrodisiac consisting a shot of vodka, a tad splashing of grenadine and Â½ glass of Krating Daeng. Shake, then gulp quickly. Healthy.
Ga Ga Ga Ga Ga (2007)

30. Space Oddity – David Bowie
Major Tom is my favorite junkie. On a tangent, the tin can and vast looming dimness of space represents the conception of casting out from the overcrowded conviction of stardom surrounding the likes of Bowie.
Space Oddity (1969)

32. Sunday Morning Coming Down – Me First and The Gimme Gimmes
The Gimmes is a punk rock supergroup and cover version specialist. There’s always a profitable corner of the market for good wedding, party, tribute or function bands. Be frank in your approach and keep faith along the way. Nevertheless, Sunday Morning Coming Down is a tribute for those recurring hangover Sunday mornings.
Love Their Country (2006) 33. Tomorrow Never Knows – The Beatles
A must album for any music collection. Well fitted as the ending track of the album, Tomorrow Never Knows evolves as a spirited contemplation blanketed by sensory sonic vibrations reverberating the reign of expressive freedom and futures sensibly distorted. On a lighter note, its a track so ahead of its time.
Revolver (1966)

34. The Crystal Ship – The Doors
The shadows of the past tend to lurk subconsciously as transparent images in the present and future. Interpret as is and rejoice Morrison’s flair for always being pure at heart.
The Doors (1967) 36. Hallelujah – Jeff Buckley
While we remain ashore, the forsaken ghosts of Wolf River Harbour swept Buckley out of reach, eternally tucked in the dusk of Mid-South, poised slumbering afloat the grieving mist of Mississippi River…
Grace (1994) 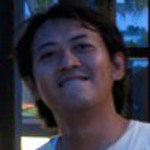