Starting out as behind the scenes volunteers at minikino.org, Edo, a qualified music teacher, and Cika, a talented architect, are devoted to short films
Facebook
Twitter
WhatsApp
Email
Print

Starting out as behind the scenes volunteers at minikino.org, Edo, a qualified music teacher, and Cika, a talented architect, are devoted to short films. With minimum cash flow, a very small team, small audience numbers, and almost zero support from the government, it’s pretty remarkable that Minikino, an organization dedicated to showcasing quality short films, has managed to survive. Wait, thereâs more to this story… Fast-forward a few years and role of these two characters has been transformed. Edo and Cika are strong-willed protagonists, vital behind the scenes staff members with dreams. We donât want to spoil the story but, if the classic story arch is anything to go by, youâd be wise to keep your eye on minikino.

I totally admire your die-hard spirit, guys. How long have you both been doing this minikino thing? How did it start?
Edo: Minikino was founded by my sister Tintin Wulia, Kiki Zayin & Judith back in 2002. They wanted to create a short film culture in Indonesia and to promote exchange and networking between cultures in Indonesia and between Indonesia and other countries. Like me, there are others who hold the same passions and work together in minikino; but we’re just volunteers, the minikinauts, who love to talk about good movies. My first project with minikino, Ping Pong Short Animation Festival, was a kind of roadshow of short film screenings in Bali, back in 2004. With support from Goethe Institut in Jakarta, the festivalâs director, Robin Mallick, and I were able to organize discussion sessions with Robin and screen animation shorts around the island.

Cika: My minikino journey began in 2008, I was one of the regular visitors at their short film screenings. I admire the consistency of minikino in their attempt to nurture a critical thinking atmosphere and find passion and joy when watching short films. Minikino short film screenings have brought together so many great local and international film makers to Denpasar and it’s amazing to see how these screenings and discussions bring inspiration to so many people in a range of different and personal ways.

What have been the challenges so far? How have you handled those obstacles?
Edo: Some people avoid discussion and there are those who think that these kind of people might be right. Thereâs also, the misleading spirit of independency in Indonesia. In the pretext of making independent or so called indie films, it needs to be understood that thousands of films—films that also happen to be short in duration—have been made in Indonesia since 1998. Few, however, have been considered qualified enough to reach international audience. The problem might be quite a simple one: people are focusing on the spirit of making independent or indie films, without really considering the format of storytelling that they’re using. The result is a great number of feature-length-wannabes masquerading as short films. Basically, a cut version of a big film or an unconscious imitation of the most popular format in Indonesia, TV soaps, known as sinetron, which results in a lengthy, boring version of one idea that could be simple and smart if it had been treated in the proper way. The worst thing is that some people don’t even realise what indie even stands for. Honestly I, myself, don’t know what indie is supposed to mean in Indonesia. Maybe people are right, maybe it doesnât mean independent, maybe just means Indonesian film.

Anyway, we just keep doing what we truly love doing; our monthly screenings and discussions, workshops, interact with interesting people, filmmakers and other groups with similar passions—around the world. We screen movies that deserve a lot of respect, films that consist of specific standards regarding the picture and sound quality.

Cika: Another challenge we have is to try to introduce short films to a larger audience. People arenât all that aware that watching shorts can be so inspiring. I started out as an end-user of the film-making culture; I just loved to watch films, long and short ones, and when I found the same amount of happiness from watching shorts, I became more selective in watching feature length films. I would love it if more people were aware of this and I think minikino Shorts Screening is a great place to learn to appreciate shorts. But be aware, it can be positively addictive!

Do the government ever get involved in your programs? Do you get any support from them? In what ways could they help to make you and Bali cinematography happier?
Edo: Is there such thing as “Bali cinematography”? â¦I know some good Balinese filmmakers, and also some other groups of movie lovers, but I think itâs more important that we work together to make the overall Indonesian film scene happier. We need the government to work together with us, a united group of Indonesian film organisations from around Indonesia, not just minikino. If we want a better future together, we all need to chart the future, discuss things and find the yellow brick road together. I think we need something like an Indonesian Film Commission, just like other neighbouring countries around us, a commission that is supported by people who actually work in the film industry. The film industry needs to be run by people who have the Indonesian film industry in their hearts—we have had enough of religious fanatics who try to set moral standards for everyone and greedy bastards who don’t even have any interest in watching movies!

There’s no such movie as one that is too extreme and I believe that people with brains aren’t stupid, people with a family and children aren’t stupid. We all just need some time to learn and to be responsible and we need to be able to choose which film is suitable, for ourselves. Let’s catch the bad guys, not focus on so-called dangerous movies or dangerous books or dangerous whatever. Sure, discipline through age or region restriction, but no more banning. Think… think… think. Governments that don’t believe in their people are dangerous.

[Ok…ok.. toning it down now] I have worked with government authorities, for some screenings, in the past. But itâs mostly been because of the content of the film or some other reasons. I prefer to do things without them, theyâre too bureaucratic, tended to make things more difficult, and work with a way that is threatening.

Cika: Rather than focus on Bali, I also prefer to look at the big picture of Indonesian Cinematography. I believe there can be a lot of positive changes if there is an increase in the level of transparency and we focus on how creative activities can be supported and financed by the Government.

Another issue is English language. Believe it or not, I think one of the reasons why Indonesian filmmakers get held back from growing an international reputation is due to their English proficiency. The Indonesian government can work toward improving this through our education system, if they are serious about increasing the quality of education here.

Tell us about your latest and/or your future projects?
Cika: We’re doing a monthly mini-festival with our regular monthly film screening and discussion but we dream to create a bigger minikino film festival! Someday… You can keep up to date with our regular, monthly minikino screenings via our facebook or twitter, just search for minikinoevents.

Our special project this year, My Life My Dreams, is an international film competition and workshop where JÃ¶nkÃ¶ping meets Bali. Initiated by the General Culture Department in JÃ¶nkÃ¶ping , Sweden, and minikino.org, the objective is to create cooperation and understanding between youths in JÃ¶nkÃ¶ping, Sweden, and Bali through the process of filmmaking. Furthermore, the project will give the participants knowledge and practical experience in filmmaking and storytelling on a workshop basis.

To take part in the project the young people, between the ages 16-20, use their own mobile phones, or any camera, to film a one-minute-film around the theme My Life My Dreams. From these submissions, we will select five young people in Bali and five in JÃ¶nkÃ¶ping to make a film. The task of these kids will be to make a joint film, at a distance, together. The film will then be screened at an official screening in both Sweden and Indonesia. We are so happy that schools and colleges are showing support for this project by providing us the time and space to give 60-minute presentations about the project for their students. During those sessions we showed students a collection of one-minute videos and encouraged them to share their thoughts after watching. Many of them had never watched one-minute videos and never in their life appreciated videos by thinking critically about the impression and content of what they’re watching. What they did, this the first time, with minikino in their own classrooms was awesome!
Follow more about this project in http://mylifemydreams.net

Any last nagging words?
Edo: Two things—one practical, and one philosophical. Firstly, a film meant to be watched in full attention, so sit back and relax, bring some snacks and drinks, but not your dinner table, please shut the phone down and enjoy the film. And the philosophical? There’s no such thing as a true atheist in the film industry. Movies imitate life and, on a film set, the director is GOD. Can we say the same in life?

Cika: Listen to your body! When you doze off during the first 15 minutes of watching a film then it might be a crappy one. It takes a lot of practice to master the levels of awareness needed to be a body language intuitive film critic. Practice makes perfect. 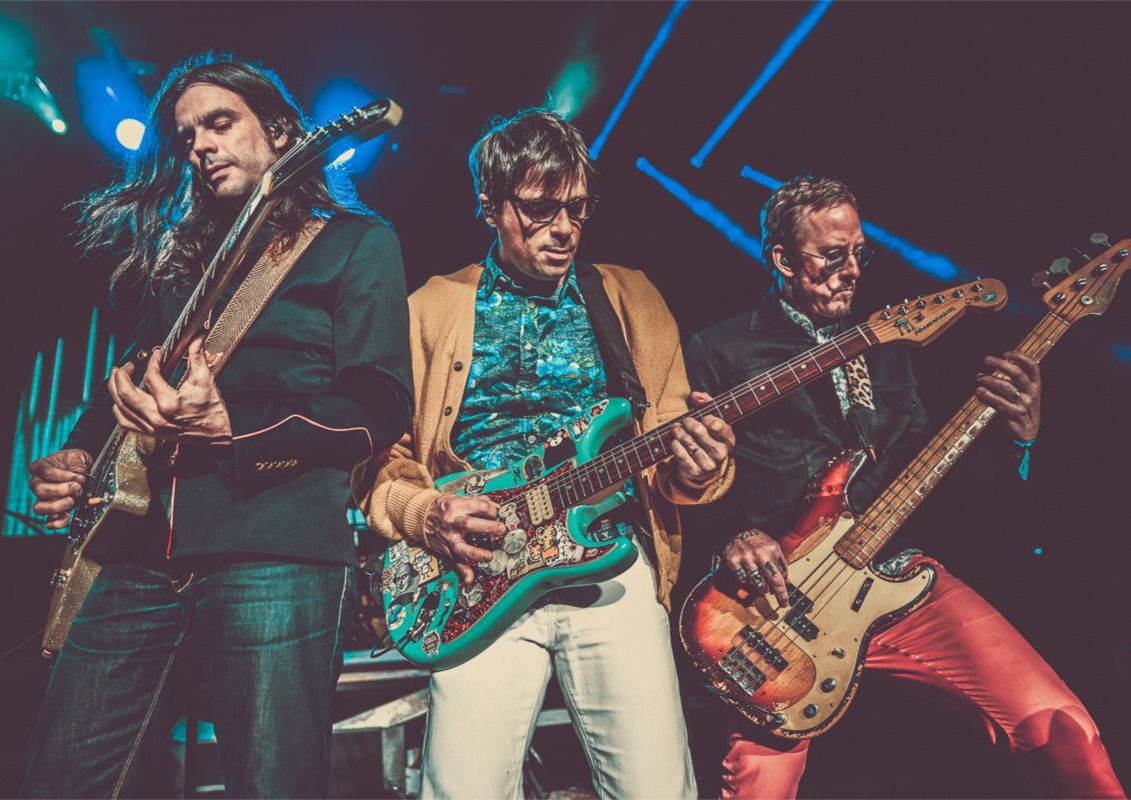