Edition: August 18, 2010Rock-n-Roll Exhibition: ODDIE GETAHOddrockinbeats:: Playlist, intro, song descriptions, written and handpicked by Oddie Himself :: This is not one of those "to die for", "can't live without" or "the ultimate" playlists. These are the songs to make love to (or fix your bike to---whatever).
Facebook
Twitter
WhatsApp
Email
Print

:: Playlist, intro, song descriptions, written and handpicked by Oddie Himself :: This is not one of those “to die for”, “can’t live without” or “the ultimate” playlists. These are the songs to make love to (or fix your bike to—whatever). 01. Orestes – A Perfect Circle
This song represents the band in its truest form, smart and deceiving. Kind of like when you wake up in the morning with a pounding headache next to a beautiful stranger. One more medicated peaceful moment, please. 02. Puritania – Dimmu Borgir
A bit ‘light’ by black metal standard but, it’s suitable for banging your head while trying to score a girl’s number at the same time. 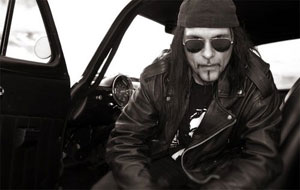 03. Thieves – Ministry
If Al Jourgensen called you a ‘thief’ you better run, you bastard. Unless if a girl says you stole her heart. Awwww.

04. Would – Alice In Chains
The kind of song to map your day in the morning. It starts slow and gloomy, and then gets into a full rocking-your-socks-off mode. Awesomeness courtesy of Layne Staley and Jerry Cantrell. 05. Out Of Hand – Entombed
Sweden’s best export. Straightforward death ‘n roll song with a blasphemous refrain that guarantees no MTV airplay. Don’t make kinky love to this song; it would just get too dirty and satanic. But, hey, whatever rocks your boat.

06. Die For My Sins – Sanctuary
Shrieking vocal that complements a groovy thrash metal riffs from this Seattle’s outfit. Play this tune at the loudest volume setting after shower, just before the girl’s husband returns. Die for your sins. 07. Shame – Stabbing Westward
Although this band was never fully accepted by either the mainstream or industrial crowd, and ended their career with a confused pop-rock album, this song should be considered as the highlight of their career. In-your-face guitars plus SW’s typical “heart-broken and pissed” lyric.
~ Watch the official videoclip here

08. Sunless Saturday – Fishbone
A perfect mix of ska, pop, punk and rock. I remember watching the band destroyed the stage with their high power performance at 1993’s Lollapalooza concert and still can’t fully understand how the front man Angelo Moore can sing, play sax, and jump around like a mad man without missing a beat.

09. The King Is Half Undressed – Jellyfish
Don’t (care to) know much about this one-hit wonder psychedelic outfit but this a perfect sing-a-long song after a hit of weed, especially if you two are already half-undressed. 10. Cambodia – Kim Wilde
I was still in elementary school when by random coincidence happened to be in possession of Kim Wilde’s album. The gloomy lyric speaks about the casualty of the Vietnam war is sung in such dripping sensuality that I can’t help to get a mix emotion every time. 🙂

11. Solace Of You – Living Colour
Still one of the underrated bands of all time, Living Colour managed to reach certain degree of popularity with their powerful hit single Cult of Personality. Kinda hard to pick which song is a fave but Solace of You remains a permanent resident on my iPod. A beautiful mid tempo song with Afrikaans drumming and chants.

12. Meds – Placebo
I didn’t quite ‘get’ Placebo until a couple of years ago. It was the Meds album and especially this song that got me into liking their works. Ever hooked up with a seemingly innocent girl only to find out later down the line that she has the whole Arkham Asylum in her head? So, baby, did you forget to take your meds?

13. Black No. 1 – Type O Negative
Rest in Peace, Peter Steele. They’re probably the only gothic metal band that can make fun of themselves and their genre while gaining more respect at the same time. After all, this is the band that titled their album Origin of The Feces and put a picture of a butthole as the album cover art. The song Black No. 1 is the perfect tune to sing to your girl when you want to tease her about trying too hard to look ‘gothic’ with her mall-bought apparels.

14. You – Candlebox
This is a great example of an effective way to use the phrase ‘fuck you’. 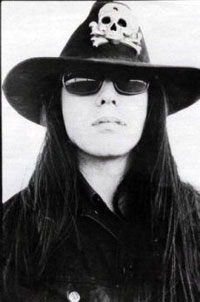 15. Heart Of Soul – The Cult
Ian Astbury at his finest. Rock ‘n roll without much cheesiness. Melt your girl’s heart with this one. 16. Dive To Blue – L’arc~En-Ciel
They’re not J-anything. They are just a good band that can write good tunes. Don’t understand a lick of what Hyde says but this song always manages to brighten my mood. 17. Damaged – Queensrÿche
Beside the powerful classics Queen of The Reich, Rage for Order, Operation: Mindcrime and Empire album, the Promise Land (1994) is the only album that I care to keep in my library. The song Damaged is a roller coaster ride of emotion with a hard punch to end the song.

18. Dead Skin Mask – Slayer
A girl called and broke up with me while this song was blaring in the background. This serial killer song has been a favorite ever since.

19. Oxyacetylene – Cubanate
This was my second time visiting “Bondage A Go Go”, an alternative lifestyle club in downtown San Francisco. Got separated from my partner at the time inside the club. A bit worried looking for her then gave up after half an hour searching. So, I gulped two shots of Jack D and joined the dance floor as this song started to whip the audience into frenzy. Sure enough, found my partner in the middle of the dance floor alone looking for yours truly. And then came the whip.

20. Pain Lies On Riverside – Live
The song questions the validity of religious teachings without a using a word of blasphemous word. Brilliant song writing and this band still kicks ass. 21. Voracious Souls – Death Angel
Both the band and their fans were so very young when this song hit the Bay Area thrash metal scene (1987). No one expected a bunch of young Filipino-descent teenagers would arrive with such powerful kick. But, they did. And this song is perfect example of why Death Angel stood out among the rest of Metallica-wannabes during those days.

22. Come Undone – Duran-Duran
“Dude, you know the lyrics to this song??” asked a metal head friend of mine with a certain degree of disgust years ago as we drove to the Cathedral/Brutal Truth concert. “Yeah, the song is just that sexy” I replied, before he hit the brake and begged me not to repeat what I said to anyone else during the concert. 23. After The Flesh – My Life With The Thrill Kill Kult
To be said as a compliment, this is what you get when you blend The Village People, Ministry, leather outfits, latex and S&M. They’re very entertaining live. This song appeared on The Crow movie soundtrack. Beats to dance to.

25. In My Dreams – Vai
Text message refrain portion of the lyric to the girl you’ve been flirting with (or stalked) and the result will be:

Flattered (because she didn’t get to read the rest of the lyric) OR Freaked out to find out you’ve been having wet dreams about her. Either way, this is the kind of project that Steve Vai should continue with Devin Townsend. The dude got a killer throat.

26. Digging The Grave – Faith No More
Mike Patton with Faith No More. No too-weird vocal experimentation. No slow parts. No rapping. All balls.

27. Seperti Kekasihku – Padi
Padi should return to write more catchy pop-rock tunes like this one.

28. The Closest Thing To Crazy – Katie Melua
There’s too much truth in this song that I sometime hesitate to listen to it too often. But, who am I, a mere mortal dare to resist her calling? Katie got it right, falling in love is the closest thing to being crazy. 30. Hunger Strike – Temple of The Dogs
Two killer singers with their own unique vocal style singing a heartbreaking song about poverty. An absolute grunge classic.

Note: Oddie Octaviadi used to be the frontman of Syc Minded, one of the pioneer of Indonesia’s industrial rock, based in San Fransisco, USA. Moving back to Jakarta in 2005—after living in The States for 15 years or so—he became the vocalist of Getah, till today. Yes, kids, Oddie wore New Rock even before you were born.

:: If you wanna listen to the songs, go to Big Audio Dynamite on your right and pick the playlist :: LESSON ONE: TAKE ON ME